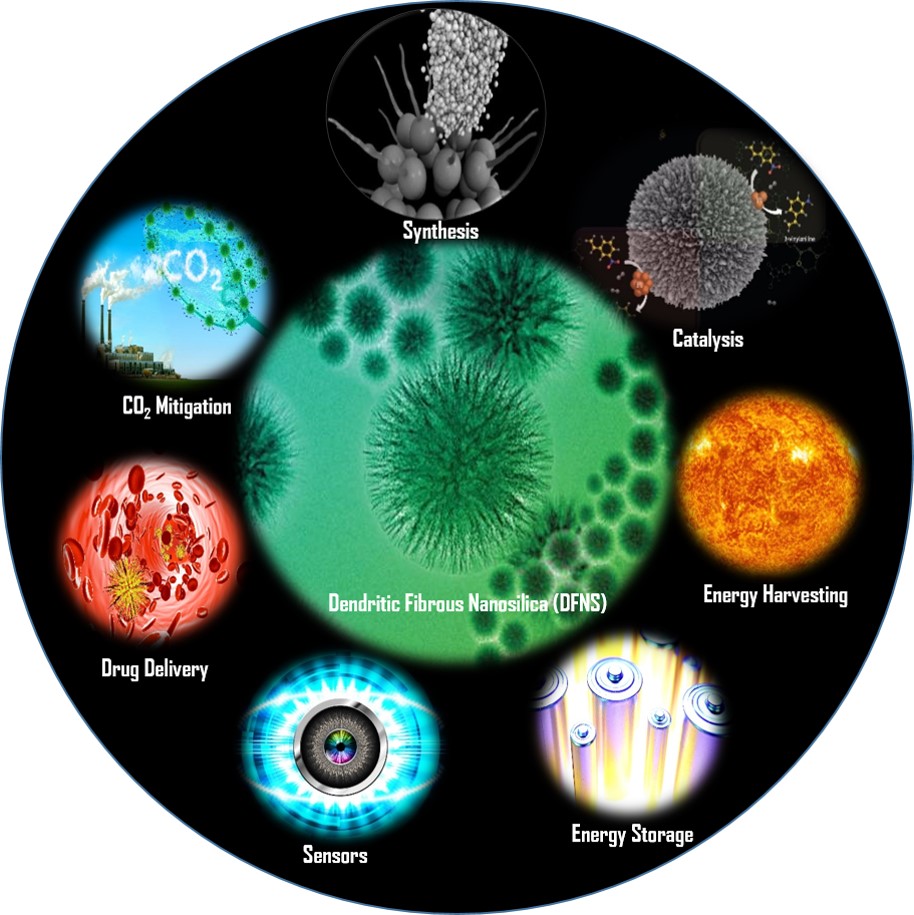 Morphology-controlled nanomaterials such as silica play a crucial role in the development of technologies for use in the fields of energy, environment (water and air pollution) and health. Since the discovery of Stöber’s  silica, followed by the discovery of mesoporous silica materials, such as MCM-41 and SBA-15, a significant surge in the design and synthesis of nanosilica with various sizes, shapes, morphologies and textural properties (surface area, pore size and pore volume) has been observed in recent years.

NanoCat Group has developed next-generation nanocatalysts via the morphological control of nanomaterials, particularly dendritic fibrous nanosilica (DFNS). This material possesses a unique fibrous morphology, unlike the tubular porous structure of various conventional silica materials. It has a high surface area with improved accessibility to the internal surface, tunable pore size and pore volume, controllable particle size and importantly, improved stability. The uniqueness of DFNS is its high surface area is produced by its fibrous structure instead of the formation of pores, making the large surface area easily accessible. Our group has shown the successful utilization of DFNS in a range of important applications, including catalysis and CO2 capture. DFNS is one of the few Indian invented material which is now being explored by more than 150 reputable groups worldwide for various applications.  DFNS show exceptional performance in large numbers of fields including catalysis, gas capture, solar energy harvesting, energy storage, sensors, and biomedical applications.